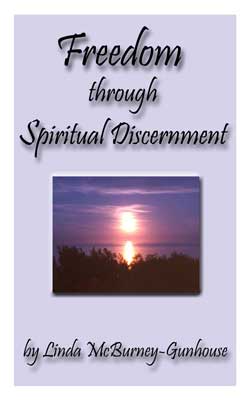 This may be one of the most eye-opening and important books you ever read. If you suffer from unexplainable physical ailments, besetting emotional upsets, and frequent bouts of depression, you may be under a spiritual attack. Discover the keys to discern spiritual sources, and discern what is from God and what is not. Learn how to walk in victory, by learning to identify when you are under spiritual attack, so that you no longer feel overcome by satanic oppression.

Today we live in a world where all hell seems to have broken loose. Depending on your age and what era you were raised in, everyone seems to agree that things today, are much worse, morally, politically, and more importantly and especially, spiritually, than they were even 20 years ago. In fact, lately, some of the best-selling books that are coming out are scandalously anti-Biblical, and yet these authors are claiming to be Christians! There is one book that claims there is no hell, and that all people, whether they are saved or not, are going to heaven! Are we currently living in the days when the very elect are deceived and being deceived? What is going on in our evangelical churches? Are pastors not even aware of the great need to teach the saints how to discern what is evil and what is not?
For many years, some churches have slid into a too comfortable theology and have not even been teaching about the existence of hell. It is no wonder that they have left such a huge void and vacancy that Satan has little resistance. While it is important to maintain a sense of humility and love toward others, there is much more to teaching of the Word. Many sermons today offer far too much personal opinion, and not enough of the powerful Word of God. We are to be thoroughly equipped in the Word of God:

Study to shew thyself approved unto God, a workman that needeth not to be ashamed, rightly dividing the word of truth. 2 Timothy 2:15

Are we “rightly dividing the Word of Truth?” If all we are doing is offering personal opinions, or spouting the opinions of so-called learned men, then we will have no power. The weapons we need to fight against Satanic attacks can only come from the Word of God. An open mind and a mind set on the things of this world, or even intellectualism, leave us wide open to Satan’s attacks. This is also what opens the door to Satan. Is it any wonder that people are not aware of his clever devices? You can only discern Satan’s devices if you have a working knowledge of the Bible. In other words, the best thing you can do is learn to be narrow minded when it comes to believing and living by the many truths in the Bible. Don’t let people mock you if you are narrow minded. These are the same people who stand for nothing and believe anything. They will never help you in your walk as a Christian, but they will more than likely only lead you astray. Look at this important verse:

While they promise them liberty, they themselves are the servants of corruption: for of whom a man is overcome, of the same is he brought in bondage. 2 Peter 2:19

Satan uses people to lead us astray. We must judge everything that a person says by the fruits in their life, and this includes ministers, authors of books, TV evangelists, and so on. People who deceive will often be the ones you trust, and the ones you think are the least likely to deceive you. That’s always been the game plan, and the very nature of deceit. In discerning whether a person is deceived or not, ask yourself some questions about them. Are they committed to the Lord Jesus Christ? Are they humbly trying to serve Him? Are they open to hearing the truths of the Bible? How do they respond if you gently challenge them with Scriptural admonition? Do they truly hear and respond appropriately, with understanding, to the truths in the Bible? Are they teachable? If they just want to be argumentative, then that is a good indication that they are not really open to the things of God. Jesus advises in Matthew 7:15-20:

Beware of false prophets, which come to you in sheep’s clothing, but inwardly they are ravening wolves. Ye shall know them by their fruits. Do men gather grapes of thorns, or figs of thistles? Even so every good tree bringeth forth good fruit; but a corrupt tree bringeth forth evil fruit. A good tree cannot bring forth evil fruit, neither can a corrupt tree bring forth good fruit. Every tree that bringeth not forth good fruit is hewn down, and cast into the fire. Wherefore by their fruits ye shall know them.
Another way we open the door to oppression is if we haven’t renounced the hidden things of darkness. These can be things in our past or even things in our present life right now. Anything to do with the supernatural that is not based on Biblical principle or is endorsed by the Bible is evil and must be shunned and avoided at all costs. This would include horoscopes, Ouija boards, tea leaves, séances, and anything to do with black magic, or paranormal involvements. It may have to do with objects that are connected to black magic or other hedonistic rituals. It could even be certain types of music, posters, books, literature, drug paraphernalia, and some movies that deal with evil situations. Any of these things will open a door to spiritual oppression from Satan and his demons. This has been the testimony of many an unsuspecting person, who later discovered that they had to renounce these things in order to be free of Satanic visitation. Look at what Scripture says about it:

But have renounced the hidden things of dishonesty, not walking in craftiness, nor handling the word of God deceitfully; but by manifestation of the truth commending ourselves to every man’s conscience in the sight of God. 2 Corinthians 4:2

For God hath not given us the spirit of fear; but of power, and of love, and of a sound mind. 2 Timothy 1:7

Then I rebuked the devil according to the authority Jesus gave me to do so (Luke 10:19), and within moments, I had no more anxiety. I was so happy I began praising the Lord. It was as if the anxiety problem were never there in the first place, and I was filled with a triumphant sort of peace. This is the first time this had happened to me during a panic attack. Before this, I had started to believe that there was really no hope for curing anxiety attacks. I thought, Isn’t that clever, to make me think that the source of this (anxiety problem) is me and that I’ll likely never be free of it. I even started to believe that I was born with it, but Satan is a liar (John 8:44).
Looking back on this experience, I had often wondered why I hadn’t recognized that I was being attacked by Satan, long before this. I had been a Christian all of my life, and I knew about spiritual warfare. I knew my Bible well, and I thought I would be able to discern when Satan is involved in something. But I hadn’t realized how cunning and subtle he is. Of course, it’s not going to be obvious that it’s him. That’s his whole strategy and game plan, to trick us and blind us to the truth. Isn’t that what he’s doing to millions upon millions of unsuspecting souls who are not yet saved? This is what it says about it in the Bible:

But if our gospel be hid, it is hid to them that are lost: 2 Corinthians 4:3

In whom the god of this world hath blinded the minds of them which believe not, lest the light of the glorious gospel of Christ, who is the image of God, should shine unto them. 2 Corinthians 4:4

If he’s blinded the minds of the unsaved, how much more is he going to try and blind us, his formidable foes, from seeing the truth? That’s why I mentioned before the importance of knowing Scripture. This is our only defense and weapon against the wiles of Satan.
In the next chapter, we’re going to look at who Satan targets the most, and why, and what can be done about it.