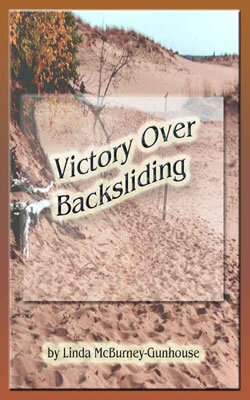 Have you Ever Lost Your Way?
Victory Over Backsliding offers hope for anyone who has lost their way on the path of righteousness where they once started out. It is for people who are searching for hope, answers and a way back to God. More than this, it is also for anyone who struggles in their Christian walk with troublesome issues that we are faced with every day.
Filled with Biblical examples and many Scriptures to encourage and teach, it is also a study about backsliding and uncovers how and why we lose our way. Written from personal experience, the book seeks to encourage and draw us closer to the Lord no matter how far we've strayed or where we're presently at. A subject that has been shelved and perhaps seldom brought out into the open, backsliding is a crucial subject for all believers in Christ. For as we begin to uncover many truths about backsliding, we begin to uncover many truths about ourselves. Knowing such truths and then acting on them are the beginning of healing and pave the road for us enabling us to return to the lover of our souls, the Lord Himself.