No Fear of Hell 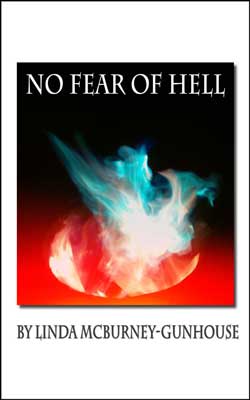 Today more than ever before, the truth about hell and it's existence is being challenged. Hell is a subject no one wants to think about, much less talk about. Yet, when some would be so bold as to deny the truth of what the Bible says about it, it is time to get back to Biblical truths and read with understanding. "No Fear of Hell" presents the Biblical truth about hell clearly, and more importantly, shows the only way to avoid going there.

Chapter 1 - No Fear of Hell

When people do not have a healthy reverence, revelation, and fear of God, they will not be afraid of the horrific, doomed, everlasting place of torment called hell. Today many people are deceived and being deceived because they do not have a knowledge of the Scriptures regarding hell. In turning to 2 Peter 2, there are many parallels to the world at that time, to the world we live in today. We are going to go through this important passage to discover just how serious it is to not only know that certain judgement awaits the unrighteous, but what provokes God to judge the world in the first place. We’ll also look at false prophets, who they are, and what they are about.
Who are the messengers, masking the truth about hell, and saying that people will not end up there? They are the false prophets that the Bible warns us about, and today they are in our midst, some of them masquerading as Christians, leading as many astray as they possibly can. Let’s take a look at 2 Peter 2:1-22, to discover more about them.

But there were false prophets also among the people, even as there shall be false teachers among you, who privily shall bring in damnable heresies, even denying the Lord that bought them, and bring upon themselves swift destruction. (1)

And many shall follow their pernicious ways; by reason of whom the way of truth shall be evil spoken of. (2)

And through covetousness shall they with feigned words make merchandise of you: whose judgment now of a long time lingereth not, and their damnation slumbereth not. (3)

For if God spared not the angels that sinned, but cast them down to hell, and delivered them into chains of darkness, to be reserved unto judgment; (4)

And spared not the old world, but saved Noah the eighth person, a preacher of righteousness, bringing in the flood upon the world of the ungodly; (5)

And turning the cities of Sodom and Gomorrha into ashes condemned them with an overthrow, making them an ensample unto those that after should live ungodly; (6)

And delivered just Lot, vexed with the filthy conversation of the wicked: (7)

(For that righteous man dwelling among them, in seeing and hearing, vexed his righteous soul from day to day with their unlawful deeds;) (8)

The Lord knoweth how to deliver the godly out of temptations, and to reserve the unjust unto the day of judgment to be punished: (9)

But chiefly them that walk after the flesh in the lust of uncleanness, and despise government. Presumptuous are they, selfwilled, they are not afraid to speak evil of dignities. (10)

Whereas angels, which are greater in power and might, bring not railing accusation against them before the Lord. (11)

But these, as natural brute beasts, made to be taken and destroyed, speak evil of the things that they understand not; and shall utterly perish in their own corruption; (12)

And shall receive the reward of unrighteousness, as they that count it pleasure to riot in the day time. Spots they are and blemishes, sporting themselves with their own deceivings while they feast with you; (13)

Having eyes full of adultery, and that cannot cease from sin; beguiling unstable souls: an heart they have exercised with covetous practices; cursed children: (14)

Which have forsaken the right way, and are gone astray, following the way of Balaam the son of Bosor, who loved the wages of unrighteousness; (15)

But was rebuked for his iniquity: the dumb ass speaking with man's voice forbad the madness of the prophet. (16)

These are wells without water, clouds that are carried with a tempest; to whom the mist of darkness is reserved for ever. (17)

For when they speak great swelling words of vanity, they allure through the lusts of the flesh, through much wantonness, those that were clean escaped from them who live in error. (18)

While they promise them liberty, they themselves are the servants of corruption: for of whom a man is overcome, of the same is he brought in bondage. (19)

For if after they have escaped the pollutions of the world through the knowledge of the Lord and Saviour Jesus Christ, they are again entangled therein, and overcome, the latter end is worse with them than the beginning. (20)

For it had been better for them not to have known the way of righteousness, than, after they have known it, to turn from the holy commandment delivered unto them. (21)

But it is happened unto them according to the true proverb, The dog is turned to his own vomit again; and the sow that was washed to her wallowing in the mire. (22)

In 2 Peter 1-3, we have a description of the false prophets. They bring in heresies (these can be personal opinions, theories, and so on that are not backed up by Scripture – subtle, cunning, and evil), deny the Lord, pernicious (destructive, wicked, harmful), and covetous. They take the truth and make it sound like it is something evil. This is evident today as we see in the news media, how Christians are branded “intolerant” for their far “right wing” opinions, and said to be prejudiced towards anyone who is not a Christian. If the news media and liberal thinkers had actually read the Bible, they would discover that, for a Christian, tolerance (not of sin) and love are the first commandment, and that true Christians are the first to accept and forgive others in spite of their (the unsaved) sin and continued abuse towards believers!
People think that things are different today than they were when Peter wrote this around 64 A.D. The world, in its liberal thinking, expects us to tolerate everything, from sex before marriage to same-sex marriage, even though the Bible condemns such behavior and practices. If God punished the same behavior, or worse, and caused the destruction of the angels, the world with a flood, and the destruction of Sodom and Gomorrah (see verses 4-6), we are warned that such disobedience and evil behavior, will promise the same type of judgement. In fact the destruction of Sodom and Gomorrah was given as an example of what will happen when people choose to live an ungodly life. But many would rather not believe this; rather, they argue that we all sin, and that all sin is the same, and they think, Who are we to judge? However, careful and close study of what prompted God to act so harshly and bring judgement, had to do with “sexual” sin and sexual aberrations and deviations from what God had originally intended, and indeed commanded! To make up the rules as we go along, because we feel more comfortable is, really, another form of heresy because it denies what Scripture clearly states.
Also, in verse 10, the unjust and unrighteous are described as walking in the flesh, and giving in to the vilest form of lust and uncleanness. They despise authority, are presumptuous, and self-willed. They are fearless and heartless towards those over them, and they have no respect to those whom deserve respect. In several verses in this passage, notice the surety of the end of the unrighteous:

And through covetousness shall they with feigned words make merchandise of you: whose judgment now of a long time lingereth not, and their damnation slumbereth not. 2 Peter 2:3

This is a promise for false prophets: They will be quickly judged and their damnation is imminent.

The Lord knoweth how to deliver the godly out of temptations, and to reserve the unjust unto the day of judgment to be punished: 2 Peter 2:9

They may not be judged today, but far worse, they are reserved for the “day of judgement.”

But these, as natural brute beasts, made to be taken and destroyed, speak evil of the things that they understand not; and shall utterly perish in their own corruption; 2 Peter 2:12

Notice that the Lord will not cause them to perish, but that they will perish because of their own corruption.

And shall receive the reward of unrighteousness, as they that count it pleasure to riot in the day time. Spots they are and blemishes, sporting themselves with their own deceivings while they feast with you; 2 Peter 2:13

Having eyes full of adultery, and that cannot cease from sin; beguiling unstable souls: an heart they have exercised with covetous practices; cursed children: 2 Peter 2:14

What is the reward of the unrighteous? To perish, without any hope of salvation. And in verse 14, they are cursed, which means they are already damned.
In this passage in 2 Peter 2, we can see that people who do not revere or respect others, will not revere or respect God. In keeping with an evil agenda to do harm, they will invent all kinds of doctrines to avert people from the truth. They will lead as many people astray as possible so that they will not be confronted with their own sin. They love their unrighteousness, and will make it a public policy for you to love it too. They will orchestrate parades and parties to flaunt their lusts and love of sin. They will not tolerate you if you happen to disagree, but will judge you as intolerant if you challenge them in their sinful practices. Is it possible that people love their sin so much that they’d rather perish, and go to their chosen end, rather than repent and turn away from their evil ways? According to 2 Peter 2, this is exactly the kind of people who have no fear of hell.